IMPACTS NOW AND INTO THE FUTURE

This impact report presents 12 case studies showing the impacts from the first three years of the HOT NORTH program.

In addition to the capacity-building and knowledge translation impacts from the HOT NORTH program (showcased by the personal stories in the later sections of this report), on-ground health improvements have been achieved through changes to policy and practice from our activities. Impacts will continue to accrue into the future as more recommendations from HOT NORTH’s research outputs are adopted by the health sector.

Ultimately, the connections among researchers, practitioners, and communities, facilitated by the HOT NORTH program, may be one of the most important legacies of the program. HOT NORTH has shown that there is an underutilised capacity for sharing culturally and geographically appropriate learnings across borders, across the urban-regional divide and across disciplines and hierarchies.

Some examples of the impacts from the first four years of the HOT NORTH program to date: 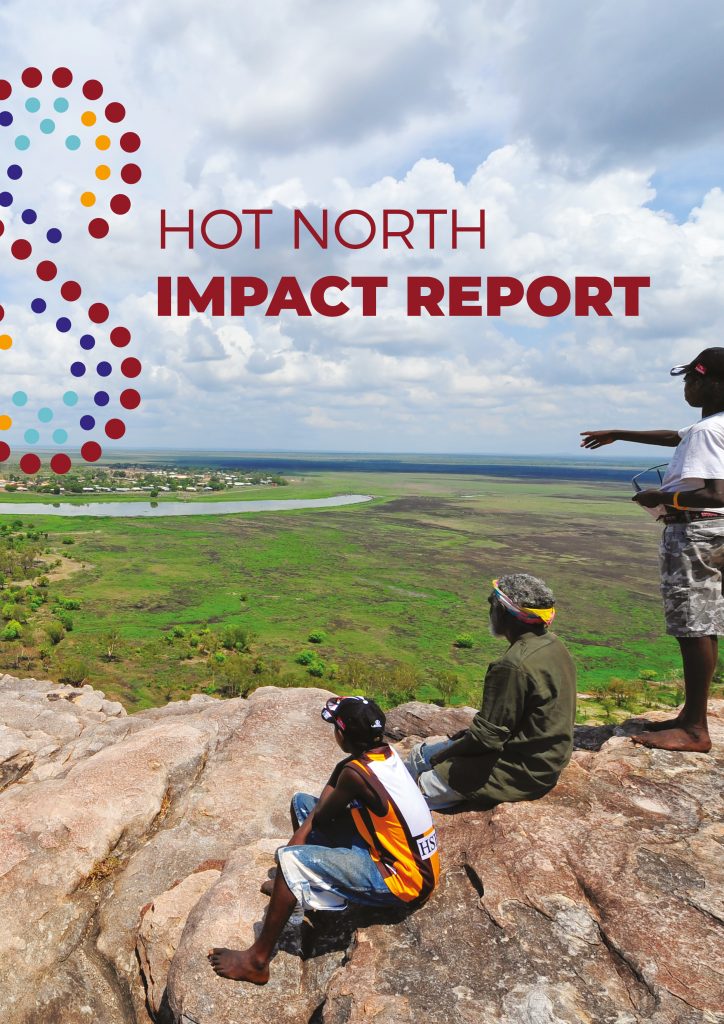